Invasive zebra mussels have been found in our area – in aquarium products sold by local pet stores.

Are they in Hayden Lake?

Not if you do your part to keep them out. 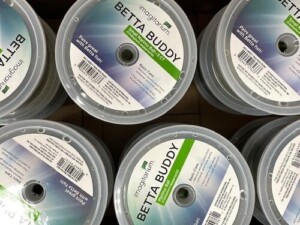 While agencies like ISDA continue their vigilance, resident consumers in the Hayden Lake Watershed and throughout Idaho have a role to play.  If you own an aquarium or water garden, check the manufacturer of your aquarium products and keep a lookout for zebra mussels. If you own a suspect product, dispose of it properly. See the US Fish and Wildlife Service recommendations for more details and alternative quarantine procedures for large aquariums.

Why are Zebra Mussels a Problem?

According to the USFWS, “zebra mussels are among the most devastating invasive species in North America. When they become established in an environment, they alter food webs and change water chemistry, harming native fish, plants, and other aquatic life. They clog pipelines used for water filtration, render beaches unusable, and damage boats. These filter feeders out-compete other native species in infested rivers and lakes. The waste they produce accumulates and degrades the environment, using up oxygen, making the water acidic, and producing toxic byproducts.”

What You’re Looking For is Very Small!

Zebra mussels, in their larval stage, float or swim freely in water. They grow from 6-8 microns (about the diameter of a human hair) to over 450 microns (half the diameter of a piece of spaghetti) before they reach their juvenile stage. As juveniles, these mussels crawl along the lake bottom in search of a stable substrate to which they attach. They grow to about 6 millimeters (about the size of a grain of rice). As adults, they anchor to any surface and grow to about 45 millimeters (the size of a poker chip). An adult zebra mussel can produce up to a million offspring in one season.

Other actions you can take to prevent the spread of invasive species: